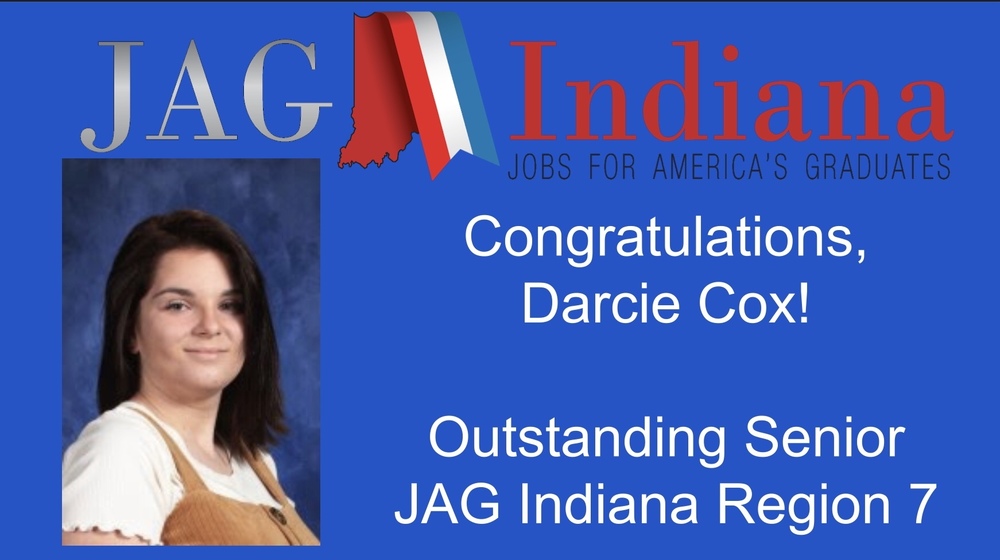 Darcie went through a lengthy competition process which included submitting a detailed resume, application, personal essay, transcript, and 3 reference letters (thank you Señorita Baire, Mr. Wargel, and Jennifer Stranger). She then interviewed virtually via Zoom with a group of judges consisting of employer partners with the Indiana Department of Workforce Development. She rocked her interview, and even managed to maintain her composure when her interview was unexpectedly interrupted with the lively intercom announcement of Miss Oxford's "29th" birthday (thanks Mr. Haworth).

Darcie is a two-year JAG student and has served as our JAG Career Association secretary. She is employed part-time at the Roachdale Library after school and on Saturdays. She has served as a volunteer reader for our elementary school students while dressed as the Ms. Frizzle character from the Magic School Bus. She is a member of the NPHS marching band, National Honor Society, GSA, and Spanish Club. Darcie will perform in the Addams Family musical as the character Alice Beineke April 9-11 at NPHS. Darcie's future plans include attending St. Mary-of-the-Woods College to pursue a bachelor's degree in English. Her eventual career goal is to teach English at either the high school or middle school level. To gain experience in teaching, she has been job shadowing during two class periods each week with Mrs. South at NPMS and also tutors a student in Spanish. 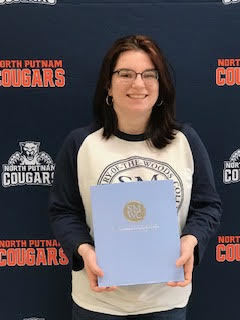 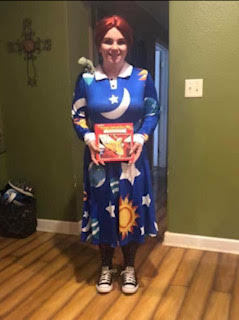 Copyright © 2022 Central Office and School Board. All rights reserved. Powered By Apptegy